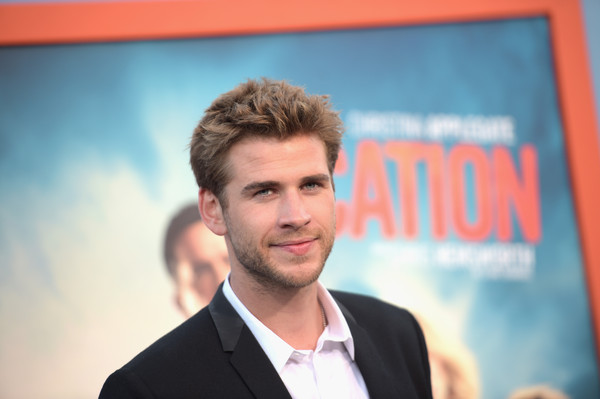 Australian magazine FilmInk, the September cover of which features Katniss Everdeen, has a new interview with Liam Hemsworth. The actor talks wrapping up The Hunger Games, brother Chris and more.

“Yeah, a lot more. There’s a lot of action in these films. The most fun is when we have scenes where we’re all in the same room with Woody and Jennifer, Josh and Jeffrey Wright. There were a couple of different scenes throughout these last two films which were hard to get through because we’re all like little kids. It’s tough to get through takes sometimes.”

Who behaves the most like a little kid?
“Woody! Woody is like a little kid at all times, especially if he doesn’t have lines in a scene and the rest of you dohave lines. He’ll just go all day long. He’s quite hard to work with sometimes.”

You shot both the movies back to back…

“It made the shoot a lot longer.”

Do you get on each other’s nerves working together for so long?

“No, we’re pretty lucky. You’d hate to do something for this long with people that you didn’t get along with. We’ve been together for years now, and we’re all really good friends. It makes those long days a lot easier when you enjoy being around them.”

How did you feel about the sad death of Philip Seymour Hoffman?
“Yeah, it’s very sad obviously…it was extremely sad. He was a good friend of everyone, a great actor, and a great person. It was really upsetting and very shocking.”

Gale has a much bigger role in this movie. Did you have to go, physically and emotionally, to places that you hadn’t been before?

“Yeah, physically a lot, and emotionally as well. Gale has been held back from doing anything in all these stories, and now all of a sudden he’s in a position where he’s able to fight back. He’s ready to go to war; he’s willing to do anything to take down The Capitol. I got injured so many times on these films just from doing stunts all day long. I like to do my own stunts, as much as they’ll allow me to do it. But it gets repetitive, and you get beaten up through the process. I do a lot of physical activity outside of work when I’m doing something like this. I train with all the stunt guys, and do various different sports: boxing, kick-boxing, running, sprinting and lifting things…”