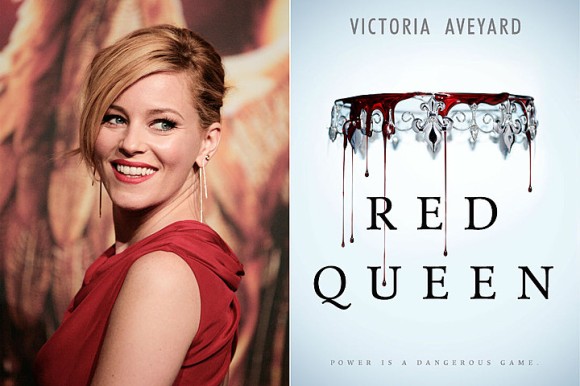 If you read YA fiction, you must have come across the much talked-about YA novel, Red Queen, by debut author Victoria Aveyard. According to Deadline, The Hunger Games star Elizabeth Banks is in talks to direct the movie based on the book, which is optioned by Universal Pictures.

Elizabeth made her debut as a director in the recent Pitch Perfect 2 for which she received much praise.

The poverty stricken Reds are commoners, living under the rule of the Silvers, elite warriors with god-like powers.

To Mare Barrow, a 17-year-old Red girl from The Stilts, it looks like nothing will ever change.

Mare finds herself working in the Silver Palace, at the centre of
those she hates the most. She quickly discovers that, despite her red blood, she possesses a deadly power of her own. One that threatens to destroy Silver control.

But power is a dangerous game. And in this world divided by blood, who will win?

If you’re looking for a new YA Fantasy/Sci-fi book to read, now would be a great time to consider Red Queen, the first of a planned trilogy.