Actor Tim Taylor, who played one of the Gamemakers in The Hunger Games – the one who decided to throw in an additional random fireball at Katniss – talked to Selig Film News at the red carpet of 2012 Dallas International Film Festival about his role, the movie and its immense success.

Watch the video below: 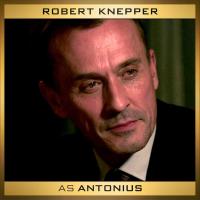